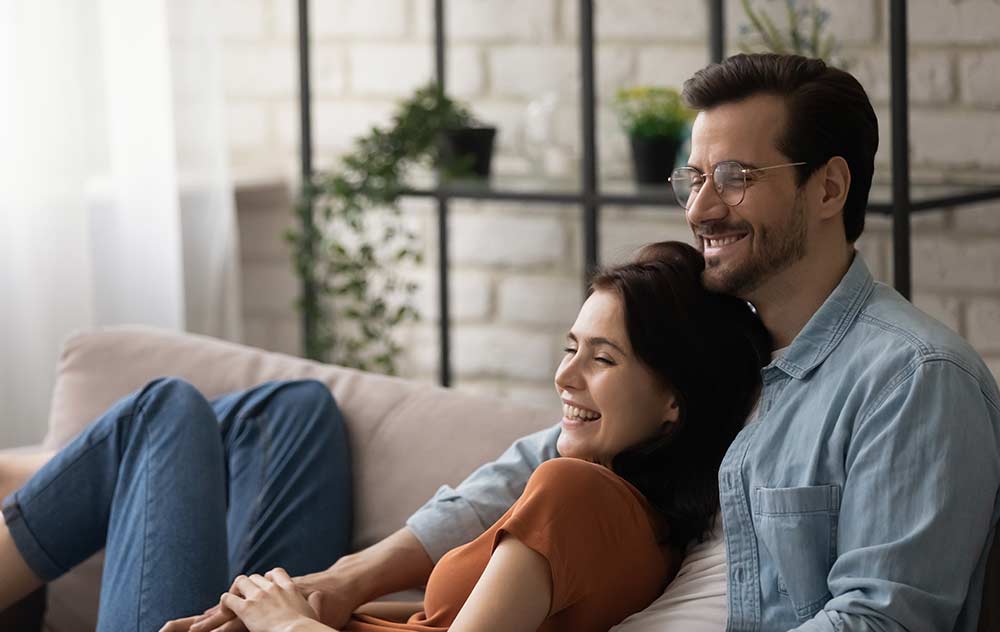 The Best Dating Coach For Men

Men are from Mars and Women most definitely are from Venus

Men are from Mars and Women are from Venus, we have always probably known that and certainly since Dr John Gray’s book of the same name was written, all that time ago in 1992, it only actually feels like yesterday! Certainly when relationships break down men and women certainly do seem to react differently.

Men often prefer their own company and maybe feel like they want to cry into their beer in a pub or bar, women are typically the complete opposites and invariably have a close network of friends who rally and provide support to get the friend this has happened to out and about again and keep them busy and interacting socially. Who is right and who is wrong is actually anyone’s guess but for both the healing process has begun, albeit form two vastly differing starting points.

Different philosophies around moving on

Both will gradually start to interact socially again and the hunt for a new partner will begin, maybe a little sooner for men with ladies taking their time more often and taking time to grieve and get over their lost love gradually. With men taking more of a gamble more quickly, ‘getting back on the horse’ much more quickly in an attempt to move on and find someone special again.

Whilst both sexes react somewhat differently, this might be the time to consider getting some specialist advice on what has happened and why and how to avoid the same issue going wrong again in the future. They may also feel they want some advice on how to grieve and get back on their feet again, on things that could help them feel stronger and less grief stricken. Here we look at Dating Coaches that could have a positive impact and help the situation. We have worked with several Dating Coaches over the years, so here are our recommendations.

The Best Dating Coaches For Men

Karen is based in Sheffield and being in the north offers great advice but also great advice at great prices too. Karen has a very straight forward approach but is very empathetic and helpful. She provides help and advice to Searchmate clients on some of our memberships, so if you’re thinking of joining Karen could even be helping you on a complimentary basis.
You can contact Karen through www.karenperkinslifecoach.co.uk

Trelawney is the Dating Coach with our sister company Elect Club and you can contact her there www.electclub.co.uk she has been working within our parent company Dating Options for many years. Trelawney is an author of two successful books ‘Be a Hollywood Heroine of your own life’ and ‘Be the woman he falls for not the girl he sleeps with’. Trelawney is also straight forward and extremely honest but empathetic and understanding. She is extremely well recommended as a coach and qualified hypnotherapist.

James is based in Loudwater, Buckinghamshire and is an extremely well known Dating Coach and Therapist. James can help you master the secrets of dating, build confidence, help with flirting skills, body language and attraction. He has appeared on TV and Radio as a Coach on many occasions and is also a well known author. You can find James at www.jamespreece.com

Lucy is a highly acclaimed and respected Dating Coach, Relationship Coach, Astrologer and Sex Therapist who is based in London. You can contact her at www.Lucy-porter.com – she is very versatile and knowledgable and uses astrology for matchmaking and bringing people together, as Lucy LOVES love. She writes regularly for he UK’s Wellness Hub www.sheslostcontrol.co.uk

If you need any help on dating or relationships, our Membership Advisers are also experts in their own right. They are available from 9am until 9pm and their advice is always completely free. They can advise on joining a Dating Agency and often have an amazing depth of knowledge. Please ring us on 0800 644 4160 between 9am and 9pm and we can get you talking to someone very quickly. 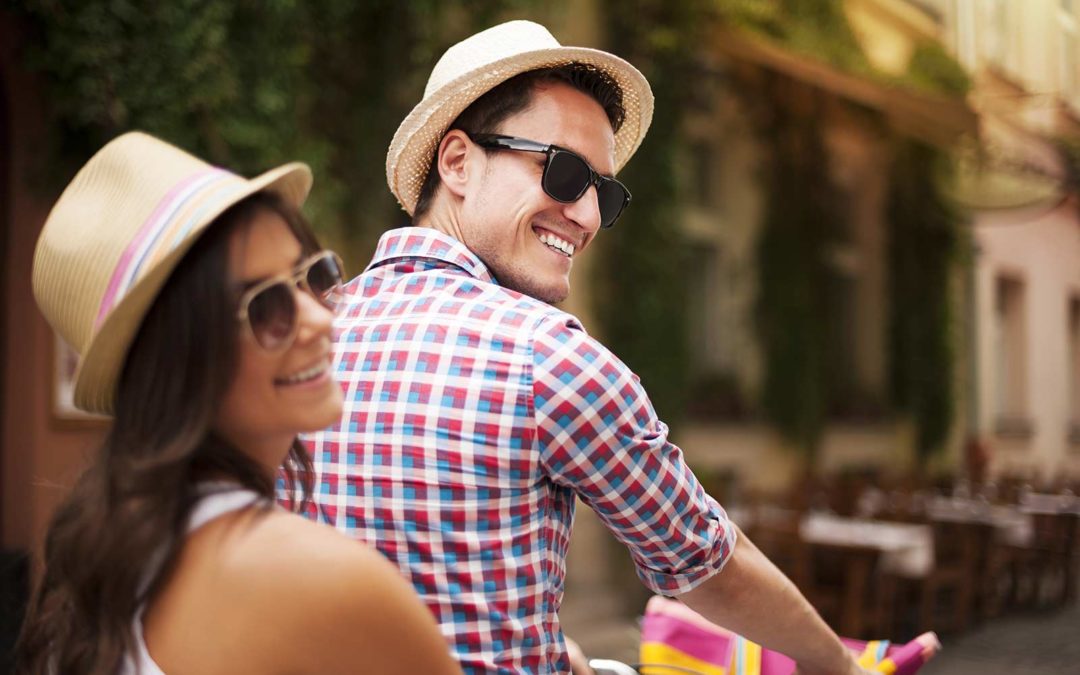 The Best Alternative To Online Dating

A multitude of choices

These days when there are so many different ways of meeting a new partner, consumers are actually spoiled for choice and as online dating has declined in terms of the number of participants over the last decade or so, other forms of dating have expanded to fill the void. Here we examine some of the choices that are out there and some of the leading companies in each category that provide that specific sort of service.

A little bit of history

If you’re younger than 40 you have actually grown up with online dating and more recently, since 2012 or so, dating apps. But prior to the online dating onslaught in the late 1990’s – www.match.com had been launched in 1995 in the USA and in 1997 in the UK and the other major player www.eHarmony.com in the year 2000 and so people under 40 could probably be forgiven for thinking that it had always been that way and that online dating had always been part of the fabric of our lives. But of course it hasn’t.

Prior to the online dating revolution

Dating agency activity had first began with the launch of The Matrimonial Bureau in London in 1705, but modern dating in the UK was probably started in the 1930s when Heather Jenner and Mary Oliver launched The Marriage Bureaux in Bond Street, Mayfair in 1939. Later John Pattison opened the worlds first computerised dating service with Dateline in 1966, having brought the idea back from the USA.

Personal Matchmaking – The 80s and 90s

Modern day agencies that are still around today began in the 1980’s, with Heather Heber Percy and Geraldine Turner, launching www.countrypartners.co.uk in Shropshire, later www.thecountyregister.com was launched in London from the same stable. These were personal matchmaking brands and both are still around today, they both predated online dating and are extremely well established, as we are at www.searchmate.co.uk , having been launched the same year as match.com in 1998 – so there are clearly alternatives if you look carefully enough.

After the rise and subsequent fall of online dating, dating apps such as Tinder (launched in2012), Hinge, Bumble and Happn have held sway in recent times but again the problems that besieged online dating have been a problem here. So fake profiles, scamming, disingenuous people, sexual predators and players just looking for a good time – issues that come with a huge volume of joiners who go through hardly any vetting procedures, simply haven’t yet been defeated and may never be.

Since taking the UK by storm in 2002, Speed Dating, invented by a Jewish Rabbi, Yaacov Deyo in Florida in the late 1990s, has also offered an alternative to some. It has many advantages such as seeing your potential date face to face, right up front, which gives people the chance to check out that vital chemistry straight away. The downside is it may be a little too public for many, meeting in a room with typically 30-40 others, but it does work and is favoured by some.

The other opportunity could well be dating events, such as dinner parties, black tie balls, singles party nights, drinks gatherings to mix and mingle events etc are favoured by some, as it’s seen as a more natural way of meeting than the other formats. Our own sister company RSVP, based in Rutland, offer this type of event, so check them out at www.RSVP-int.co.uk They offer similar types of event to those described and all are popular.

So yes there are a plethora of alternatives to meeting strangers online, if you haven’t felt safe when participating in online dating or dating apps, which is something that seems to affect many. As many as 90% of the calls coming in to www.searchmate.co.uk are from people who have been uncomfortable with meeting people in this particular way. Which is obviously a concern, the big bones of contention being ‘meeting fake or fraudulent people’, ‘feeling in danger’, ‘peoples photographs being out of date’, ‘not being convinced that the person you are meeting is 100% who they say they are’, ‘meeting people already with a partner or significant other or maybe even married people’. We know and understand those feelings and the reservations that people have.

So what do we recommend?

Here we look at a few of the alternatives but letting Google rankings and reviews help you decide what is best for you (other search engine reviews if there are no Google reviews) and what you should be doing in future and which path to take. We look at most of the companies we have mentioned in this article to date:

www.match.com (No Google reviews found but www.whichdate.co.uk rated as 1.5/5 and www.reviewcentre.com as 1.3/5)

www.eHarmony.com (No Google reviews but www.Trustpilot.co.uk 1.4/5)

www.tinder.com (No Google reviews but 1.4/5 on www.Trustpilot.co.uk)

www.Happn.com (No Google reviews but 1.4/5 on www.trustpilot.co.uk)

www.bumble.com (No Google reviews but 1.4/5 on www.trustpilot.co.uk )

www.hinge.co (No Google reviews but 1.5/5 on www.trustpilot.co.uk

So YES there are alternatives to online dating and we would be happy to talk to you further about what they are and how we can help. Our Membership Advisers are available from 9am until 9pm almost every day and we are happy to answer you questions without obligation or any compulsion to join. If you’d care to ring us on 0800 644 4160 – it could just be the start of finding love for real, in your life. Please do make that call.