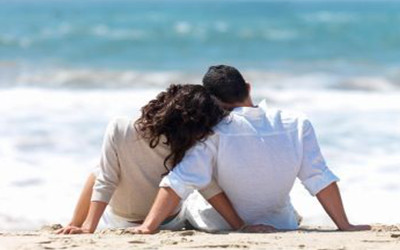 This is wonderful story that I would like to share with anyone who is considering joining an Introductions Agency in the hope of finding true and lasting love. We have recently matched a couple in London who had already met in 2008, although this fact was unknown to us until they received each other’s profiles. Not only had they met previously they had enjoyed a relationship but, unfortunately, this broke down and they parted. Although they had remained in London their paths had not crossed for over 3 years.

The lady, I will call her Sarah although this is not her real name, was the first of the couple to become a member of Searchmate. Like all our members she received regular profiles of suitable gentlemen chosen by our experienced Matchmaker’s. Although Sarah agreed that they were all lovely men and very nice matches no-one was sufficiently special to go forward into a relationship with.

Then along came Ian who joined Searchmate, of course this is not his real name either, and he began to receive profiles. Again he had dates with several of the matches chosen for him but no-one was super special, until – one day, when making her regular searches, Victoria one of our most experienced Matchmakers was reviewing the profiles of Sarah and Ian and decided that theirs was a perfect match. When describing the person they were looking for they both fitted each other’s descriptions perfectly. The elements of their profiles suggested to her that this would be a really good match and she sent out the profiles both ways.

The first person to respond to us was Ian. He was very surprised to have received Sarah’s profile and wanted to make contact but felt rather awkward because of their previous relationship. He also admitted that he had been wrong to let Sarah disappear from his life. Fortunately Sarah was happy to speak to Ian again and they have now resumed their relationship which is going very well.

This would appear to be a relationship that was always meant to be. We are very proud to have been able to bring this couple together again and also exceedingly proud that we have proved that our matchmaking service works.